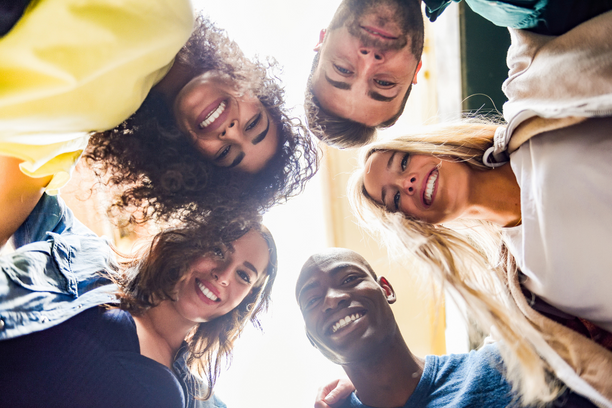 Despite efforts by organisations to increase levels of representation, many Black and ethnically diverse professionals feel more marginalised and unsupported within the workplace. Most are unable to progress or advance their career any further than middle management grade within their organisations. There are two main reasons for this lack of progression.

First, organisations are focused on weaponising recruitment as the silver bullet to solve the issues of DEI(Diversity, Equity and Inclusion) in the workplace, undervaluing the enormous challenge of an absence of belonging and inclusion in the company culture. Second, due to a lack of transparency, buy-in by C-suite and genuineness by management, employees have developed a sense of distrust for most DEI initiatives. As a result, most initiatives, and events pushed by management and HR executives are done half-heartedly.

In a recent survey by McGregor-Smith Review, 29% of Black Caribbean employees report feeling that they have been overlooked for promotion because of their ethnicity, as do 35% of Pakistani and 33% of Indian men. On the employee side, many career professionals from ethnically-diverse backgrounds are experiencing what researchers term diversity fatigue, a feeling of exhaustion from DEI projects. One of the symptoms of this fatigue includes low attendance in company-organised diversity training and events.  In a social media post, career professionals also claim that the increasing emphasis on diversity and inclusion in the workplace is targeted for branding and marketing purposes and has become a cover for real issues affecting underrepresented professionals. Issues such as charting a clear path of progression into leadership roles while equipping them with the tools and resources to successfully handle such roles. To most underrepresented professionals, DEI initiatives have been described as ‘put it on the label but not into the product’. Sadly this gap in inclusion is getting wider.

Genuine inclusion means that the perspectives of underrepresented groups are valued and carry influence and that talent from those groups are not stuck in the frozen middle. A Great Place to Work, defined inclusion succinctly, as an inclusive workplace that does not only have a diversity of people present but has a diversity of people involved, developed, empowered and trusted by the business.

So, how do you know when your organisation has an inclusion problem?

– Do you have a workplace where 50% of your employees are women but have very few women as managers?

– Do you have a good representation of employees of colour overall, but all or most of them are in the same lower-middle wrung?

– Does everyone look or think the same? Are the executives and board members homogeneous?

– Is your organization’s leadership obsessed with increasing diversity numbers through recruiting initiatives but not identifying ways to create an inclusive environment?

If you’ve answered yes to any of these questions, see below for what happens when people feel excluded in the workplace

The implication of a lack of inclusion in an organisation.

Imagine being in a meeting where everyone pays attention to others but you. Imagine walking around in your office feeling like you don’t belong. Instead of focusing on making positive contributions, you spend time worrying about being accepted and valued. That is how you feel when you are excluded. But how does it impact an organisation:

Beyond the monetary cost of recruitment and onboarding, the effect of exclusion can reduce productivity and growth. According to SHRM’s Talent Acquisition Benchmarking Report, the average time for new hires to reach full productivity ranges from 8 to 26 weeks in total, which could potentially impact your team’s output. In addition, recruiting a role you just filled can be draining because it means you have to start over the pipeline again.

For HR executives, while you try to reduce the cost of hiring to meet up with your KPIs, you should ensure that your top talent is not lost to matters of exclusion. For instance, employees who do not feel valued would leave at any slight opportunity and those who don’t might respond with avoidance, absenteeism, and hostility or won’t deliver their best.

For every new employee that joins a team, time is devoted to bringing the said staff up to speed with objectives and tasks. As a result,  innovation is delayed or impeded.

More than just policies, posters around the offices, words written in employees’ handbooks, and mission statements on websites, staff need to know their different perspectives, identities, peculiarities and backgrounds are respected and valued; and that you (the company) are intentional, not just aspirational.

In the next article, we will explore the solutions to a lack of inclusion in your organisation.